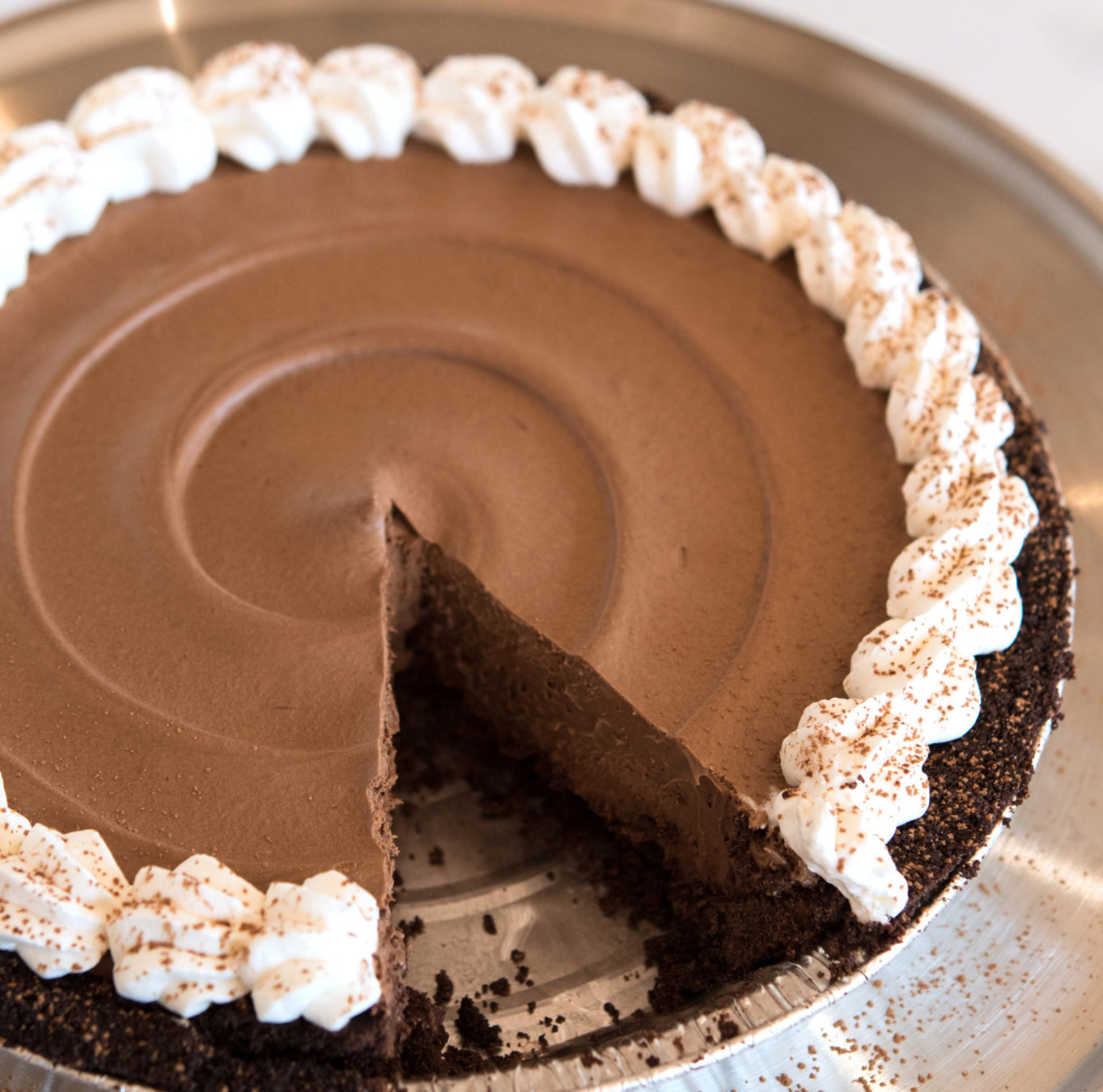 Amazingly easy to prepare, this refreshing, obsession-worthy gluten-free holiday pie is often the star of famed gluten-free baker Kyra Bussanich’s (and our) holiday dessert table. Kyra, who has won Food Networks' "Cupcake Wars" four times while competing GF against gluten-favoring bakers, recommends using the best quality chocolate, and adding a little additional whipped cream on top and garnishing with dark chocolate shavings, cocoa powder, chocolate cookie crumbs, or crushed candy canes. But if you do nothing but take a fork to this dessert, you’ll be thrilled. You'll need to add more or less butter to the crust depending on the cookies you use. This pie requires four hours of chilling time and can be stored in the fridge, covered, for up to three days.