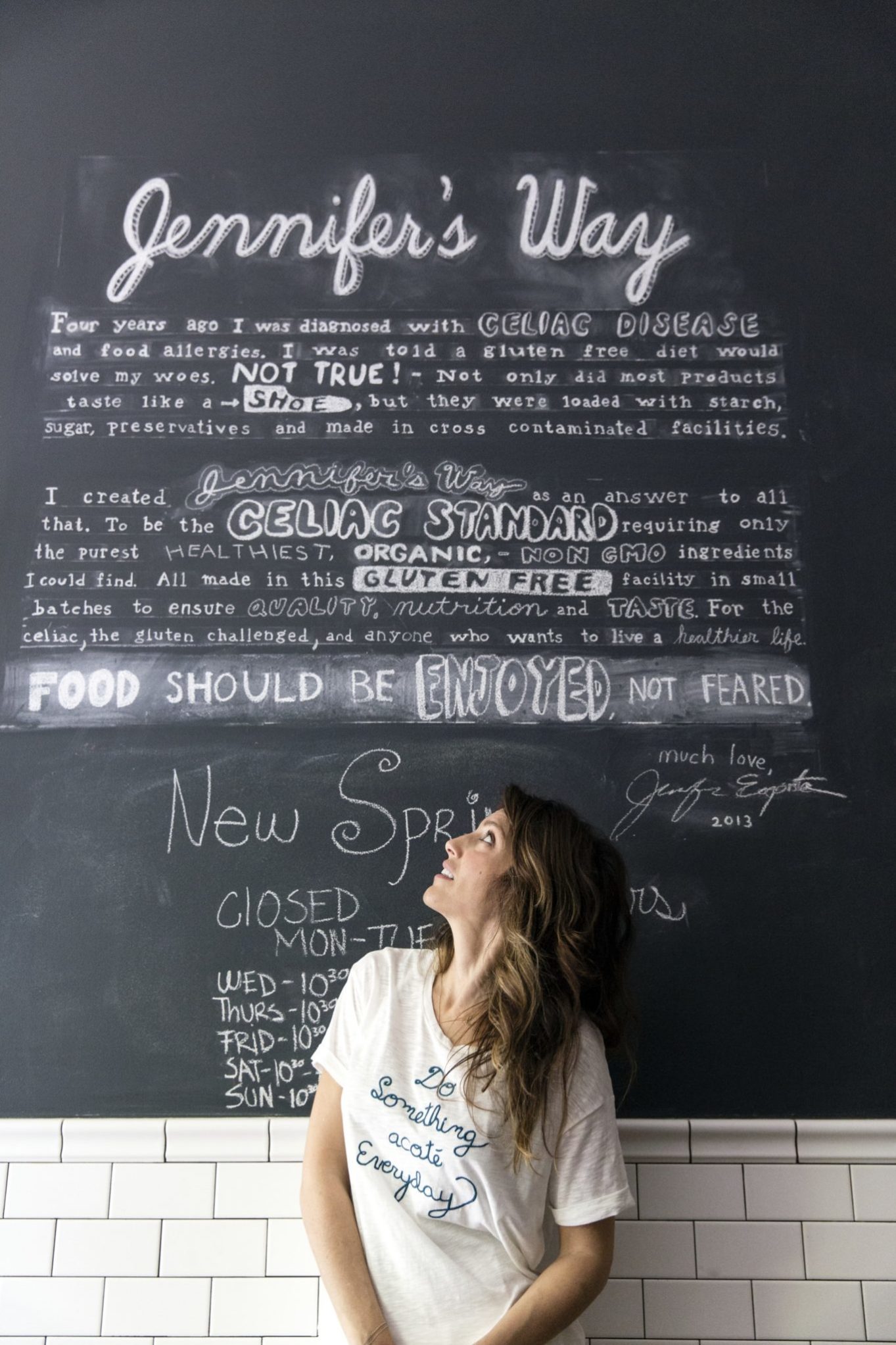 Back from Vancouver for only a few days during filming of the ABC show Mistresses, actress Jennifer Esposito is right where she likes to be—in her allergen-free Manhattan bakery. It’s a different role for the 43-year-old Brooklyn native, whose past performances include parts in the TV series Blue Bloods, the Academy Award–winning film Crash, the Spike Lee– directed classic Son of Sam, and dozens of other television shows. But as she talks a bout the path that led to her opening a vegan, gluten-free, so y-free, non-GMO, refined-sugar-free bakery, it’s clear that she considers her new position her greatest achievement.

More than an allergen-free safe haven for anyone in need, Jennifer’s Way Bakery is emblematic of the actress’s survival through a harrowing twenty years with undiagnosed celiac disease—complete with living with a severe panic disorder, burning skin, buckling knees, and a mysterious lump the size of a golf ball under her ear; losing fingernails and a tooth; and experiencing an overall malaise that left her barely able to walk or function. As Jennifer tells it, suffering from the illness was not the worst part. It was this lack of understanding and support and the hopelessness that arose from being so ill and misunderstood for so long that was truly unbearable. (At a particularly low point, one doctor suggested her symptoms were psychosomatic.) 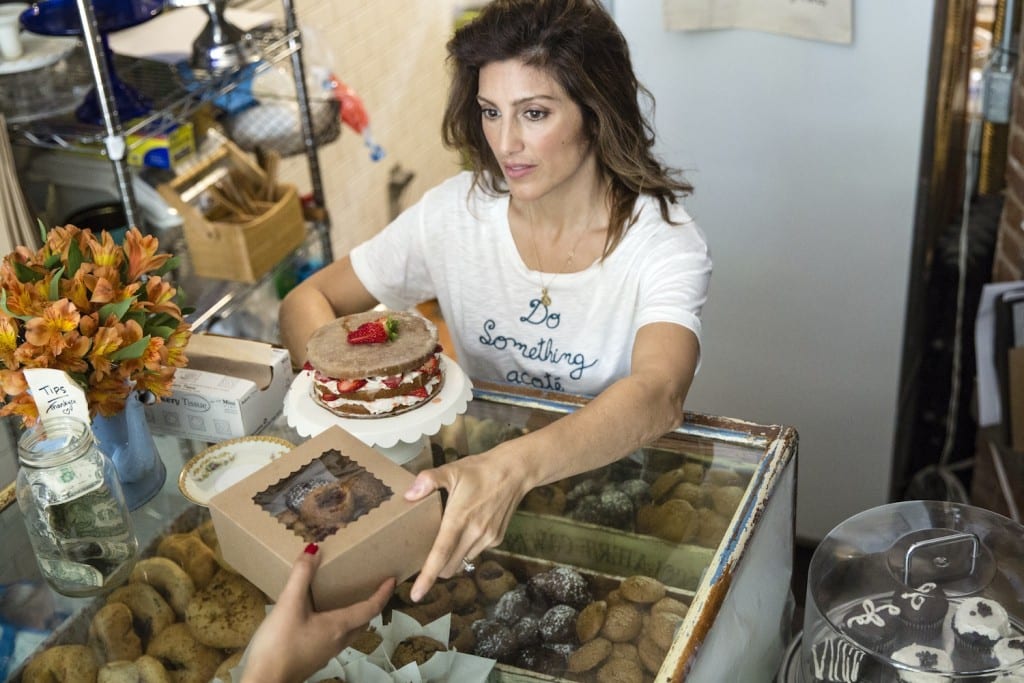 Her 2008 diagnosis was a major turning point. But she still found herself alone in the struggle to find information on what to do and what to eat, especially since her years of illness triggered additional food allergies. So she addressed the need herself, first starting a community website, Jennifer’s Way, then writing a book of the same name, which became a New York Times bestseller after its 2014 release, and finally opening a bakery in 2013 that serves the food she wanted to eat but couldn’t find.

Though Jennifer is not allergic to sugar, nuts, or corn (though she must avoid eggs, dairy, and soy), the menu at Jennifer’s Way is void of them and virtually every other common food-allergy ingredient for one simple reason: “I know what it feels like to be left out of a food situation. I wanted a place where people like me could go and be safe and to eat a piece of cake or a cupcake, or bread, and enjoy food the way it’s supposed to be—clean and good and fun,” she explains.

That’s why in her display case you’ll find chocolate cupcakes adorned with white Hostess-style swirls of icing, delicious chocolate chip cookies, a variety of breads that quickly sell out, and one of the best gluten-free bagels we’ve had. Still, Jennifer promises there’s nothing on the ingredient lists you can’t pronounce. For her, it’s all about putting “purity back in a simple product.” Jennifer describes opening her bakery as one of the craziest and hardest things she’s done in her life, but also one of the most rewarding. The antithesis of simply attaching her name to a brand, she dumped all of her savings into opening the business and spent eighteen-hour days doing everything from sanding wood to washing dishes. 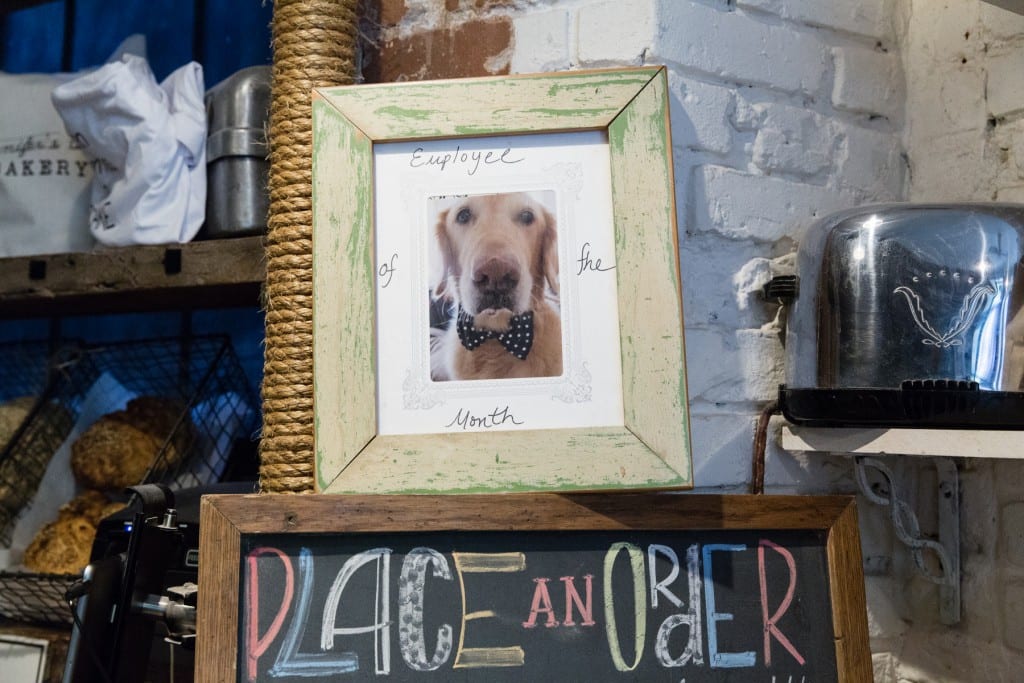 Today, when she’s not acting, she can be found waiting on customers and baking with her bakery manager and head baker, Anna Mehia. “I think of all of this as a big blessing. The route I was going on, I would have been dead,” she explains. “Celiac disease really changed my life in a big, big way. It made me a much more compassionate human being. Doing what I’m doing with the bakery and the book and getting letters from people thanking me for changing their life is incredible.”

There’s reason to believe the thanks will keep coming. Last year, she opened a certified gluten-free, nut-free, and pretty much everything-else-free 13,000-square-foot production facility, enabling her to bake and ship nationwide a growing menu of goods, including the aforementioned lust-worthy bagels. A cookbook is in the works too, and Jennifer has set her sites on national retail distribution. For her, the big picture is about much more than allergen-free foods. “The baked goods on the market now are inedible, and there is nothing beneficial in them. They’re loaded with GMOs and high-fructose corn syrup. I see a huge market for people who want to eat better.” Still, she keeps things in perspective. Right now, her greatest aspiration is to create a gluten-free, butter-free croissant worth eating. Yes, please.