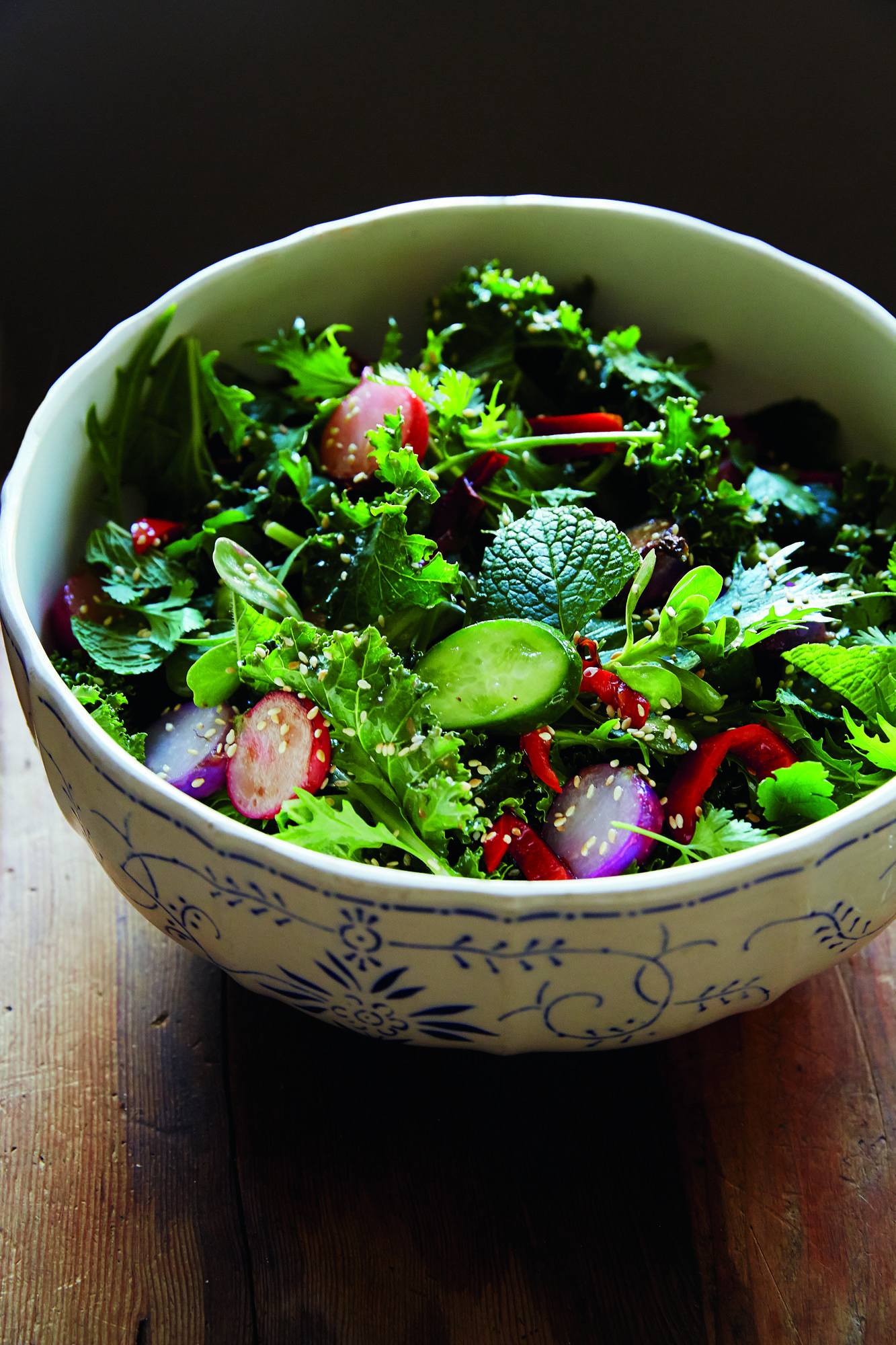 Some salads are special. This one by James Beard Award-nominated San Francisco chef Melissa Perello is one of them. Make it and be blown away by the layered flavors of charred beans and veggies, citrus dressing, and sesame. And good thing the recipe makes extra vinaigrette, because you’re going to want it. (Store it in the fridge for up to a month.) Can’t find preserved lemon? Substitute 2 tablespoons lemon juice, the zest of 1 lemon, and 1 teaspoon kosher salt. Also, note that while you can replace the dried garbanzos with canned beans, dried will give you better crunch and flavor, though they do require soaking for two days in advance.