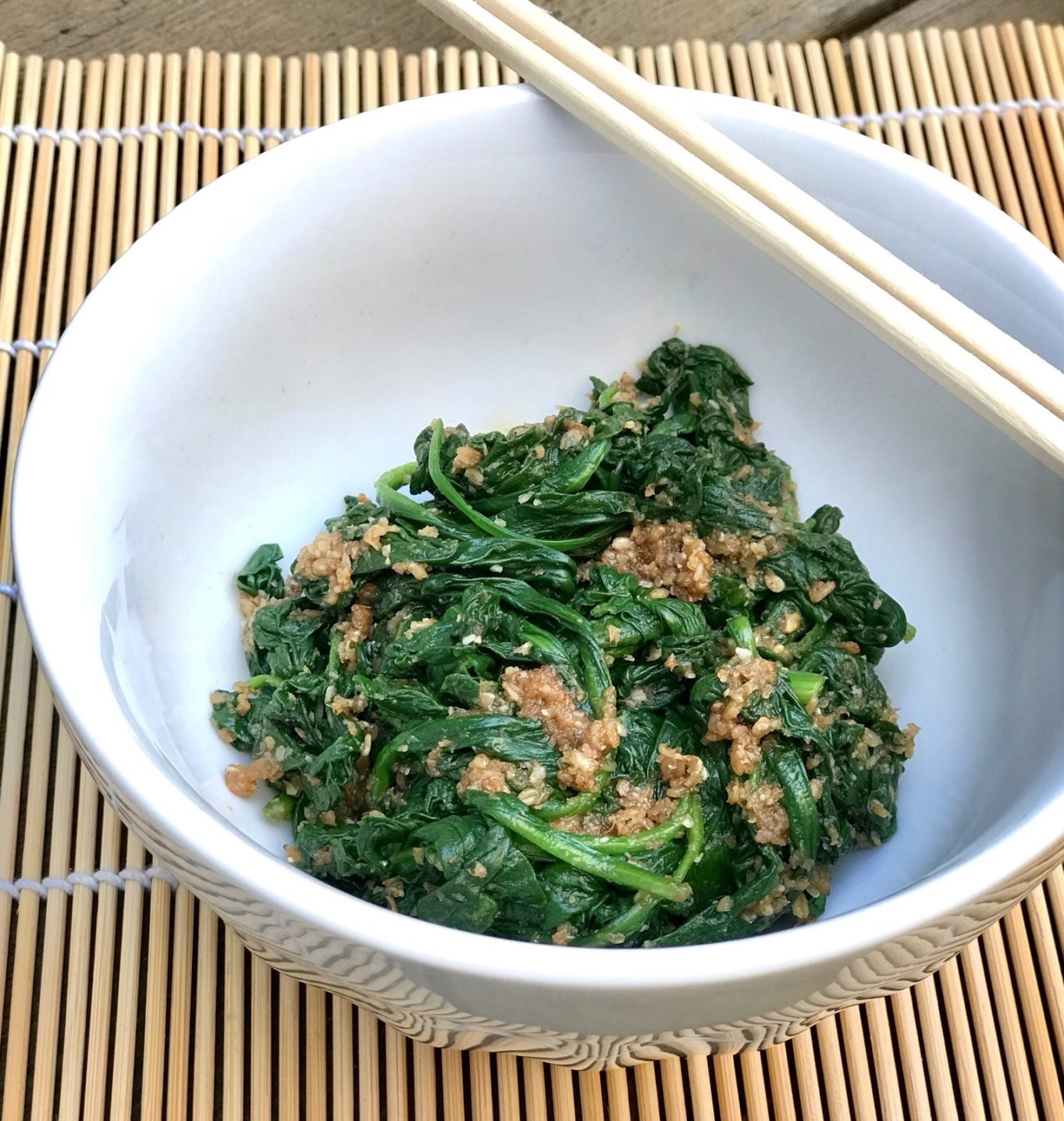 Gomae, also known as goma-ae or gomaae, is a traditional Japanese spinach salad made with blanched, squeezed-out spinach and a savory and slightly sweet sesame seed dressing that usually contains gluten. This version is gluten free gomae. Toss the dressing with the spinach, or ball up spinach servings in two big balls and serve them with the sauce on top or on the side, like they do in restaurants when trying to be fancy. Either way, this dish is so so simple to make, plant-based, delicious, and nutritious. 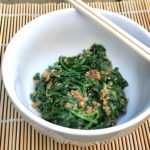 This dish is commonly served in Japanese restaurants as a carefully shaped, packed tangle of blanched and well-drained spinach either bathing in or covered with a creamy, easy-peasy sesame-seed sauce. Make extra and store the spinach and sauce separately for instant snacks or side dishes later.
Course Side Dish
Cuisine Japanese
Prep Time 4 minutes
Cook Time 1 minute
Total Time 5 minutes
Servings 2
Calories 129 kcal