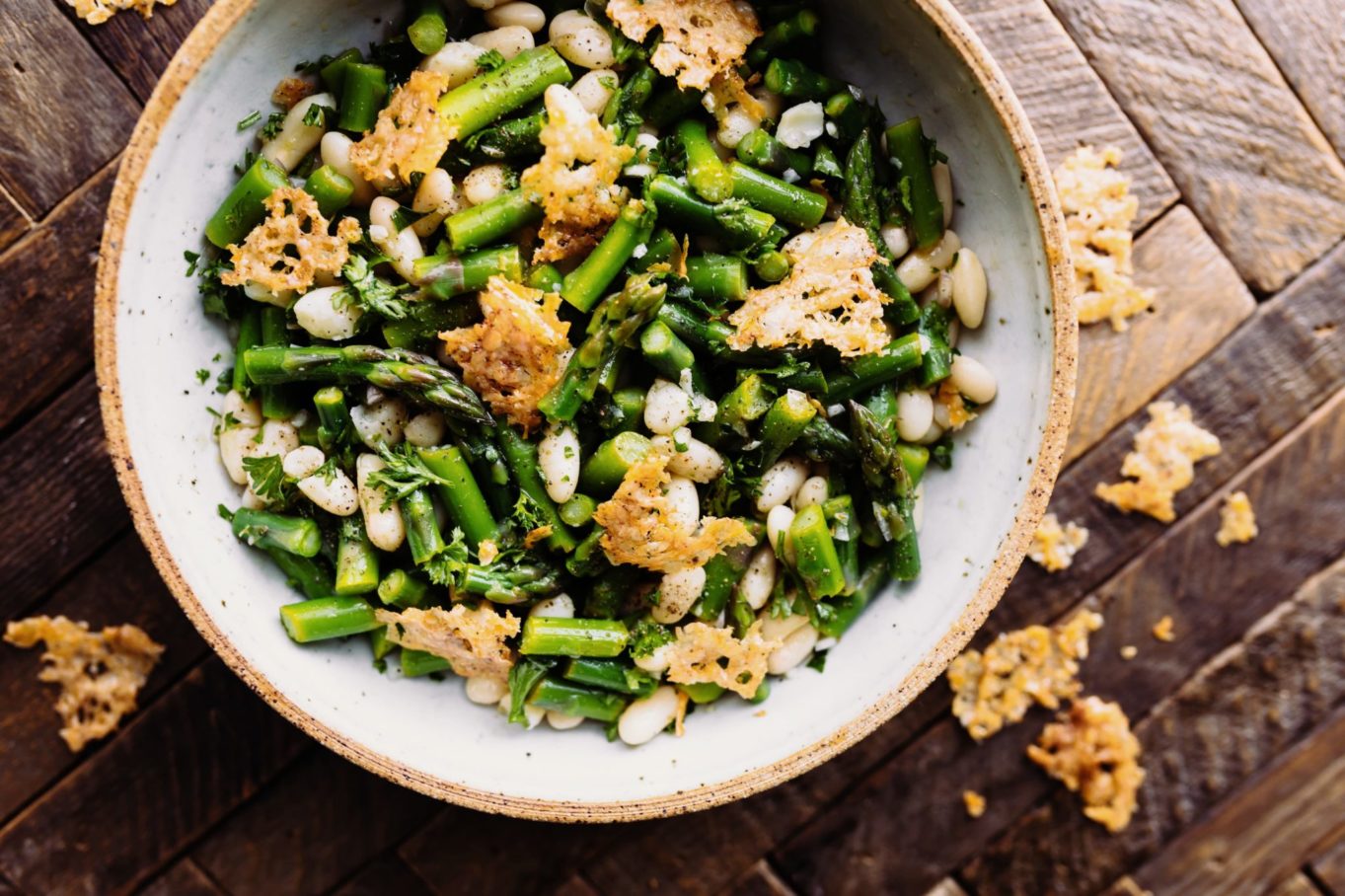 There’s more to a healthy gluten-free diet than avoiding wheat, barley, and rye. Cherie Gough shines a light on the importance of eating fiber-rich whole foods.

IN 2017, READER’S DIGEST PUBLISHED AN ONLINE ARTICLE ENTITLED “IF YOU WANT TO AVOID HEART DISEASE, DON’T EVEN THINK OF GOING GLUTEN-FREE.” The headline was misleading: The story was actually about how a recent study suggested a gluten-free diet includes fewer cardioprotective whole grains than the standard Western diet and, therefore, doesn’t protect against heart disease. But alarmist anti-gluten-free articles like that one—and there are many of them out there—often leave out one critical detail: It’s not the gluten-free part of the gluten-free diet that creates or doesn’t protect against health risks. Rather, it’s a gluten-free diet that’s high in processed foods and low in healthy whole grains and fiber that’s cause for concern.

Dr. Sheila Crowe, director of University of California, San Diego’s Celiac Disease Clinic, agrees: “A well-balanced naturally gluten-free diet is healthy. As with a normal diet or any other diet, it is the processed items that render a diet less healthy.”

I learned this truth firsthand after my daughter was diagnosed with celiac disease when she was four years old. Though we made dramatic lifestyle changes to accommodate her new dietary restrictions, we relied primarily on packaged items. I suspected early on that this was not ideal for my daughter’s health. But she felt better, was suddenly growing, and had much more energy. So I blindly carried on—until an X-ray showed enough constipation that hospitalization was the next step if an over-the-counter remedy didn’t help. Fortunately, it did. It also served as my wake-up call.

I made an appointment with a dietitian to learn how to implement a diet that supports overall health rather than gastrointestinal problems and inflammation. The prescription was straightforward: Drink plenty of water and eat more whole, unprocessed, plant-based foods that are rich in fiber. And it worked.

THE LACK OF FIBER IN THE AMERICAN (AND THE GLUTEN-FREE) DIET
We’ve been told for generations that fiber is an important part of a healthy diet. Yet, as Robynne Chutkan, founder of the Digestive Center for Wellness in Maryland, states in her book The Microbiome Solution, “Most Americans eat only about half the recommended 25 to 35 grams of fiber daily and much of it in less beneficial, processed forms.”

The challenge is even greater for the gluten-free population. According to Dr. Jessica Madden, an Ohio-based pediatrician and blogger who has celiac disease, we consume even less fiber than those who enjoy a gluten-heavy diet because, “None of the alternate flours has as much fiber as wheat.”

Lori Welstead, registered dietician at the University of Chicago Celiac Disease Center, agrees: “I think people are mostly relying on swap-outs like gluten-free breads or wraps and crackers for getting their fiber. Unfortunately, these aren’t equivalent in fiber content in comparison to whole-wheat products they may have been consuming previously. Those who eat wheat get 8 to 10 grams of daily fiber even if they eat cheap wheat bread because it’s so easy.”

WHAT EXACTLY IS FIBER AND HOW TO GET ENOUGH
Dietary fiber is the indigestible parts of your food found in fruits, vegetables, legumes, and whole grains. Because your body can’t absorb it, it passes through your system, cleaning out your digestive tract along the way. There are two types of dietary fiber, and both are important. Water-soluble fiber dissolves in water to form a gel-like material that can help lower blood cholesterol and glucose levels. Insoluble fiber helps to create bulk and to move material through your digestive system and out of your body.

So how does one get enough whole-grain fiber without eating gluten? Dr. Alessio Fasano, head of research at the University of Maryland Celiac Research Center, emphasizes oats as a highly healthy and easy way to incorporate fiber-rich whole grains. (Though some celiac patients have adverse reactions to oats, Fasano reassures us that they are tolerated by 95 percent of celiacs.) Oats happen to contain much more water-soluble fiber than any other grain. According to Gluten Free Watchdog Tricia Thompson, the safest oats come from manufacturers using a purity protocol where the grain is grown, processed, and transported in a dedicated gluten-free manner, assuring little to no cross-contamination.

Welstead encourages her patients to eat teff, millet, and quinoa as well as chia, flax, and hemp seeds. But she also acknowledges that some of her patients feel better on a Paleo regimen; in that case, she recommends a higher intake of fruits and vegetables, since these individuals also avoid beans, lentils, and grains, which are great sources of fiber.

My daughter’s dietician, Abbey Ricchiuto-Corpuz, likens fiber to a toothbrush for the gut and encourages her clients to make fiber part of their daily eating habits, not just an occasional health kick. She relies on beans, with an average of 13 grams of fiber per cup, to add soluble fiber to any meal. One of the foods with the highest fiber content, beans can easily be added to salads, soups, stews, and curries or enjoyed as a snack through hummus or other bean dips.

Although a half cup of cooked brown rice contains more than 2 grams of fiber, experts don’t point to the popular grain as a primary source of fiber because rice can contain varying amounts of inorganic arsenic, a known carcinogen. Since most gluten-free products include rice flour, those of us who eat gluten-free are already exposed to more arsenic than people following the standard Western diet.

FIBER: THE GUT AND HEART HELPER
There are other reasons to consider your fiber sources, starting with the results of the heart-health study mentioned earlier that concluded gluten-free diets should not be promoted for coronary heart disease prevention. Dr. Peter Green, the director of the Celiac Disease Center at Columbia University who helped conduct the study, explains: “Whole grains seem to have a cardio-protective element.” For this reason, Dr. Green believes it’s important to work with a dietician when eating gluten-free for medical reasons and to integrate into your diet alternative, wholesome fiber-rich grains.

According to a Harvard study published in the February 2016 issue of Pediatrics, the gut’s ability to best absorb nutrients relies on healthy intestinal flora or gut bacteria, which is composed of a collection of healthy microbes that feed on fiber. When fiber is missing, the function of the flora is compromised. Mounting research suggests this opens the door to malabsorption and a host of other problems caused by inflammation.

So heed this call to “eat the fruit and vegetable rainbow,” include beans and other high-fiber gluten-free foods in your everyday diet, and start whipping up some of the flavorful, fiber-rich oat-flour recipes.

1. Start Slow
Welstead advises to increase your fiber intake by about 5 grams per day to avoid feeling uncomfortable and bloated as you reach an optimum level of 25 to 30 fiber grams per day.

2. Hydrate
Drink eight (8-ounce) glasses of water to stay hydrated and help foster fiber’s journey. Like it lemony? Adding a squeeze of fresh citrus to water adds taste and fiber and aids in digestion.

3. Find Fiber-Fabulous Foods
It’s much harder to keep up your fiber intake with foods you don’t like. Instead, reach for your favorite high-fiber snacks or recipes that incorporate the fiber-rich foods listed at right.

4. Keep a List
It’s easy to forget which foods deliver the most fiber, but if you make a list and refer to it when meal planning and shopping, you’ll be more likely to include a variety of fiber-rich, naturally gluten-free foods in your diet.

5. Track Your Progress
Keep a tally of your efforts in your daily planner or use a free app, such as myfitnesspal, which plugs in the amount of fiber per serving of the foods you eat and monitors your progress for you.