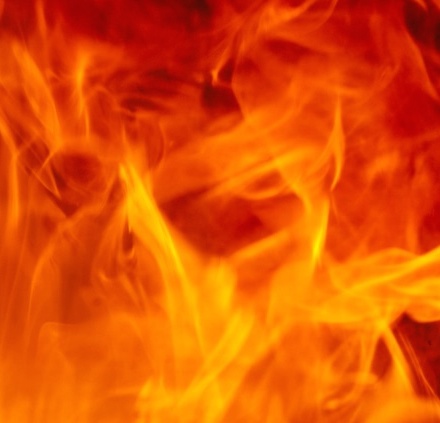 If you could substantially reduce your chances of getting heart disease, cancer, chronic respiratory diseases, a stroke, Alzheimer’s disease, and diabetes with one simple life choice, would you opt in?

This is the question we all should ask ourselves every time we put a forkful of food in our mouths, because, according to reports by the U.S. National Library of Medicine, these leading causes of death in the United States have one common denominator: chronic inflammation brought on almost invariably by our dietary choices.

The theory that dietary choices, inflammation, and disease are linked is not new. Barry Sears, PhD, who in 1991 created The Zone anti-inflammatory diet, has for more than twenty years been trumpeting that certain foods can generate inflammatory responses in the gastrointestinal tract, bloodstream, and internal organs—and that you might be missing the warning signs. Chronic upset stomach, bloating, lethargy, migraines, joint pain, rashes, and even depression are commonly overlooked reactions to low-level inflammation. Worse than having these killjoy symptoms is what happens if chronic low-level inflammation is overlooked for an extended period of time. Dr. Sears explains, “Because it stays below the perception of pain, it can linger for decades until there’s enough damage to organs that we call it chronic disease.”

But there is further cause for concern. According to Gerard Mullin, MD, director of the Johns Hopkins Celiac Disease Clinic and author of the new book The Gut Balance Revolution, “The science is finally catching up to what a lot of people have known for a long time. Much of what is wrong with us starts in the gut … we have changed our microbiome from a thriving garden into a cesspool through our pro-inflammatory diet and antibiotics.”

So what is inflammation and how does it wreak havoc? As your body’s first line of defense against infection, temporary acute inflammation is a necessary and naturally occurring biological immune response that your body deploys when it’s trying to protect itself from harmful stimuli, such as foreign objects, like a splinter; irritants, such as allergies; damaged cells, like sunburns; and pathogens, like bacteria and viruses. When one of these elements is present in your body, your immune system tries to remove it by sending fluid, blood proteins, and white blood cells to the affected area and putting them to work against the perpetrator. This is nothing short of a military response for the body: Troops are gathered and deployed, they meet at the battleground, and they wage war against the enemy, both to expel and to heal.

But as with all wars, there’s collateral damage. By-products of immune response—a family of pro- inflammatory proteins, oxygen free radicals, and other potentially damaging biochemicals—are released into the bloodstream and can damage tissue and cells. To keep a happy, healthy body, they must be expelled, which triggers the liver and kidneys to work overtime to detoxify the system. Our organs can handle the overload when called to duty on occasion. But if inflammation persists for an extended period of time, the organs weaken, and, says Dr. Sears, the snowball effect “makes you fat, sick, and age faster.”

This is where food comes in. Bradly Jacobs, MD, MPH, a Stanford-trained integrative medicine physician and the founding medical director for the University of California San Francisco Osher Center for Integrative Medicine Clinical Programs, declares “For all humans, refined carbohydrates, added sugars, artificial flavors and colors, and sweeteners create inflammation in the body.” He’s also quick to note that for some people, certain other foods can cause inflammation, too: common triggers include wheat, corn, and soy. In other words, the stuff most of us eat every day is forcing our immune systems into a perpetual state of war.

This wasn’t always the case. A psychiatrist and professor of psychiatry at the University of Arizona whose research focuses on inflammation, Charles Raison, MD, says low-level chronic inflammation is an issue specific to contemporary American culture, noting that populations in developing nations are more likely to have acute, sky- high inflammation during bouts of infection, but they don’t suffer from the low-level systemic inflammation that silently leads to disease. “In our culture, we have the luxury of not needing as much inflammatory immune response to stay alive. But paradoxically, there are so many things in our culture that actually increase inflammation. We have a greater inflammatory response at a time when we really don’t need it as much,” says Dr. Raison.

It’s not just specific food groups that are cause for concern. In his book The Inflammation Syndrome, health reporter Jack Challem notes that typical Western diets now contain more than thirty times the pro-inflammatory ingredients of a century ago. Some relatively common additives in today’s processed foods are likely part of the problem. For example, take two emulsifiers commonly found in packaged snacks, ice cream, and chocolate bars: carboxymethylcellulose and polysorbate 80. A recent study and consequent report in the scientific journal Nature, led by Georgia State University’s Institute for Biomedical Sciences, found that mice that ate these additives showed increased instances of intestinal inflammation and metabolic diseases. In this light, it’s no wonder food intolerance is such a hot topic. Unwelcome ingredients and unhealthy foods challenge even a perfectly healthy body. But those who suffer from food allergies or intolerances are more susceptible to chronic inflammation because every time they ingest an irritant, it can damage the lining of the gut (which protects other organs from inflammation’s harmful biochemicals); cause the body to launch an aggressive attack in the digestive system; and start a chain reaction in which symptoms can reveal themselves in sneaky, hard-to-diagnose ways, sometimes nowhere near the gut’s battleground.

Amanda Haas, the culinary director of the gourmet- cooking emporium Williams-Sonoma, knows this firsthand. She spent fifteen years attempting to treat chronic back pain with physical therapy and dismissing recurring bouts of vomiting as the flu and chronic heartburn as the result of a sensitive stomach. “All my symptoms could be attributed to other causes, so I always wrote them off,” she explains. Doctors weren’t much help in solving her medical mysteries, prescribing painkillers and cortisone shots, which treated her symptoms of inflammation but didn’t identify or eliminate the cause. It wasn’t until a physical therapist suggested she see a nutritionist that Haas turned her attention to potential triggers in her diet—ironic for someone who spends her entire workday cooking, thinking, and talking about food. “I was in disbelief that I hadn’t connected the dots between food and all these things earlier,” she says. “If you’re ingesting something that you’re intolerant to, it’s going to affect your body in many ways. It’s not just happening to your gut.”

Once she removed gluten, corn, and dairy from her diet and began adhering to a classic anti-inflammatory diet rich in omega-3 fatty acids (most often found in fish) and polyphenols (present in a wide range of foods from vegetables to dark chocolate and spices from anise to turmeric), her back pain, emerging rheumatoid arthritis symptoms, and eczema abated. Another bright side is the experience inspired her cookbook, The Anti- Inflammatory Diet, which published in December 2015.

Haas is one of the lucky ones. Dr. Raison estimates that one-third of the population has elevated inflammatory markers that could be hindering lifestyles or silently contributing to future disease.

Fortunately, finding out if you have potentially worrisome inflammation is relatively easy. Dr. Raison and Dr. Mullin believe the best marker is the C-reactive protein (hs-CRP) because, as found in some studies, it associates very closely with disease risk and is the most sensitive marker compared to other inflammatory markers. Dr. Sears stands by the AA/EPA ratio test, which measures the ratio between two essential fatty acids in your blood. He believes it should be as prevalent as checking your blood pressure: “If you do one test in your whole life, this is it,” says Dr. Sears.

Unfortunately, test results that could indicate chronic inflammation often don’t identify the root cause. After other potential causes, such as infection, are eliminated is when the food-discovery journey really begins. There are tests that attempt to determine whether you have an immune response to certain foods, but they’re expensive, often not covered by insurance, and highly unreliable, according to Dr. Mullin. As a result, many people turn to trial and error to gather intelligence on potential food foes. (After diagnostic testing, Dr. Jacobs often prescribes a one-month elimination diet, consisting of quinoa, millet, vegetables, and dietary supplements, and pinpoints inflammation triggers by slowly reintroducing foods and monitoring their effects.)

The road to optimum health does not lie in deprivation, fancy treatments, or expensive procedures, but rather in a simple concept introduced nearly 2,500 years ago by Hippocrates: “Let food be thy medicine and medicine be thy food.” Dark chocolate, tomatoes, berries, walnuts, quinoa, cruciferous vegetables, green tea, garlic, onion, turmeric, and other wholesome, natural foods rich in polyphenols and omega-3 fatty acids are known inflammation fighters. Better still, Dr. Sears says it takes only thirty days to reduce inflammation in the blood through an anti-inflammatory diet. That means with one month of dining on the likes of Indian-spiced salmon with sautéed spinach and dark-chocolate-dipped strawberries, you could feel better, look better, and set yourself on a path for a longer, healthier life. If that’s not a reason to step into the kitchen, we don’t know what is.