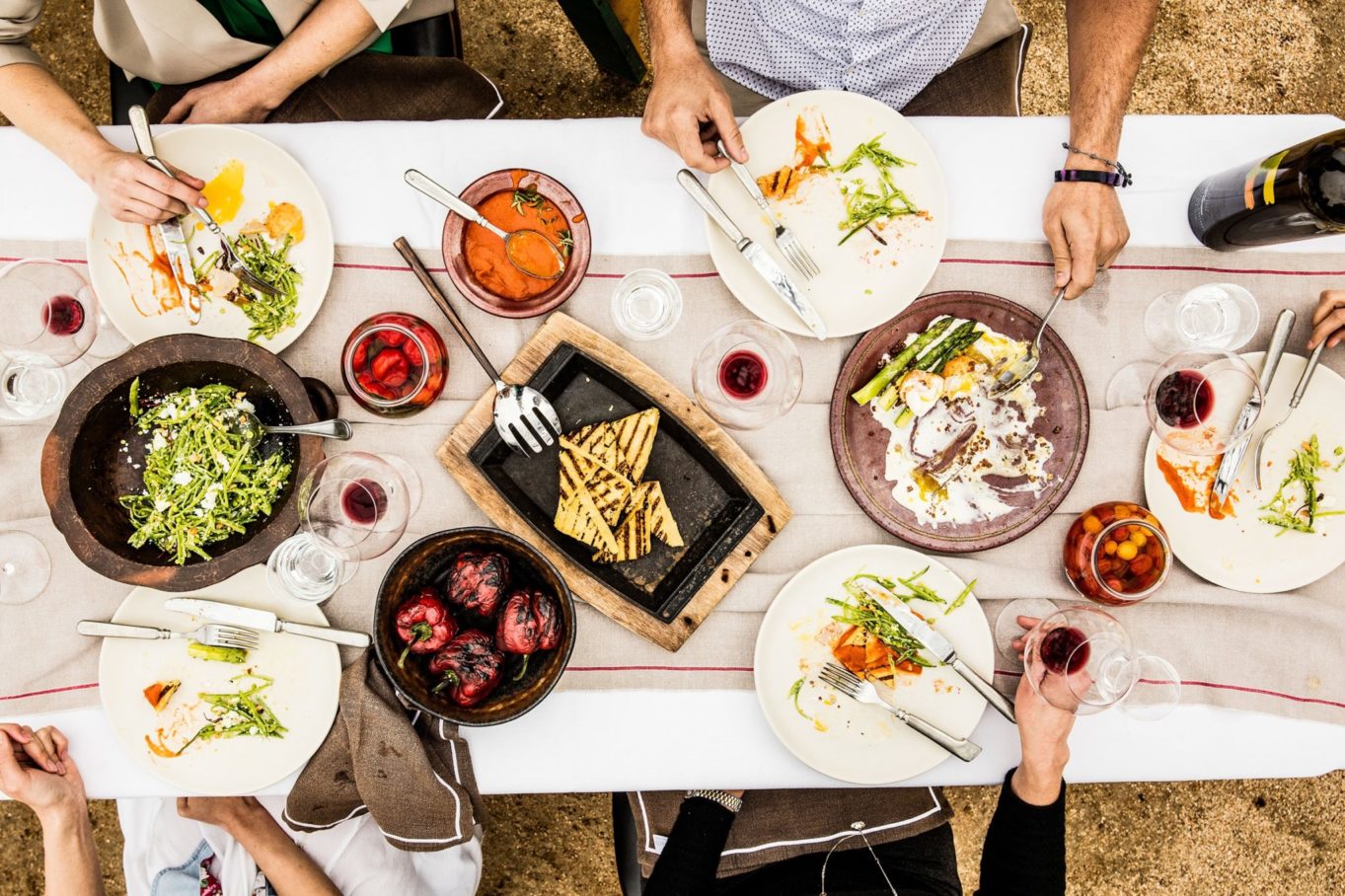 Less than an hour before guests arrive at his Napa Valley home, chef Michael Chiarello is preoccupied with tablecloths. Digging through the oversize drawer in his dining room’s built-in cabinet, he debates which best fits an alfresco brunch with key members of his team. He reasons that his grandmother’s lace does not belong outside, settles on classic white cotton with a beige linen runner, and moves on to select plates in the adjoining kitchen, which happens to be the same one he’s cooked in for hundreds of his Food Network, Cooking Channel, and PBS episodes.

It’s this attention to the entire dining experience that has kept Michael relevant for more than three decades.

First recognized while cooking in Miami in 1985, the Italian-American chef was awarded Chef of the Year by Food & Wine magazine just thirty-six months after graduating from the Culinary Institute of America. Shortly afterward, he again made national news by opening Napa Valley’s sexiest (and only recently shuttered) Italian restaurant, Tra Vigne, where for more than ten years he pioneered housemade everything— decades before it became a trend.

Between then and now, there have been eight cookbooks, hundreds of TV shows, an Emmy Award, and the launches of specialty food and home decor brand NapaStyle and his own winery, Chiarello Family Vineyards.

But for all the “celebrity chef” trappings, Michael is still very much a restaurant guy. He regularly works the kitchens and crowds at Bottega, his Napa Valley restaurant, and at Coqueta, which opened in San Francisco in 2013, secured Michael’s status as Esquire’s 2013 “Best Chef of the Year,” and garnered a James Beard Award nomination for Best New Restaurant in 2014.

At Coqueta, the food is decidedly Spanish. But his trademark culinary style is deeply influenced by regional Italian and Napa Valley cooking. This means that while Michael “practically tops his pasta with bread,” as one of his staff jokes, he also regularly turns to fresh, seasonal ingredients to create bold, soulful, and intrinsically gluten-free dishes.

The day’s menu echoes this sentiment: His cocktail is a fantastic mix of fresh crushed blackberries, mint-and-black-tea syrup, and bourbon. The salad, a triumph of taste and texture with crunchy sliced snap peas and chopped Marcona almonds, pecorino cheese, and whole Meyer lemon vinaigrette. His punchy Salsa Rosa, which accompanies classic Grilled Polenta, gets its deep, smoky, unctuous flavors from little more than peppers, chiles, and tomatoes. Even the traditional Italian and aptly named “sand cake” is naturally void of wheat. Only the special-occasion-worthy soft-boiled eggs get a mini makeover with GF breadcrumbs coating the eggs before they’re deep-fried and perched atop poached asparagus and a rich Cambozola cream sauce.

Sipping cocktails by the pool, then seated around the table, Michael and his key staff enjoy what may be the last time they convene for a collective breather. Up next is the transformation of his NapaStyle flagship store in Napa Valley. This spring, it will become an interactive food mecca, much like Mario Batali’s famed Eataly, complete with a café, a made-to-order mozzarella station, a juice bar, and plenty of other gourmet offerings—many of which, like the day’s opulent yet doable meal, are sure to be deliciously and naturally gluten-free.