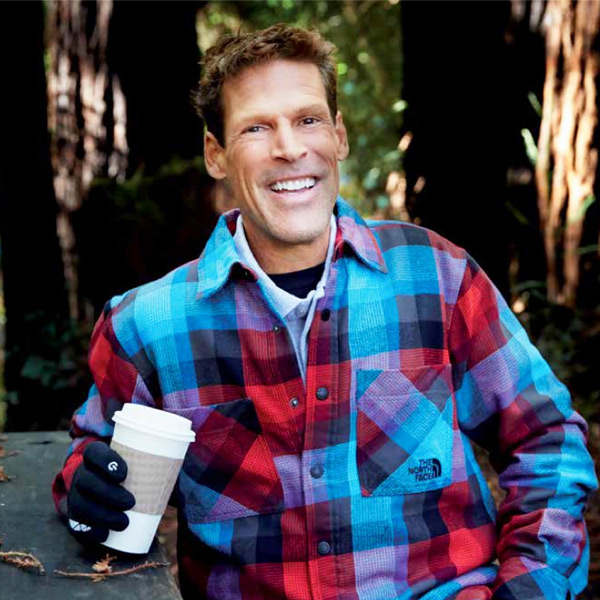 It was nearing 11p.m. and I was famished. Unfortunately, there weren’t a lot of options available. The backcountry road I was traversing was miles from civilization and I didn’t have any food with me, having long ago depleted the supplies in my small backpack.

My predicament was an interesting one. Interesting because I was in the midst of an athletic event. But not just any event: a nonstop, 199-mile, twelve-person relay race. Problem was, I didn’t have eleven teammates. I was attempting to run the entire distance solo, as a team of one.

“Think, Karnazes, think,” I mumbled to myself. I’d already been running for nearly eleven hours, covering roughly 65 miles, yet I still had a very long way to go. I desperately needed fuel.

“Ah!” a thought popped to mind. In my pack I had a cellphone and a credit card. Why not order takeout! I found a listing for the nearest pizza parlor and dialed. After placing my order, they asked for my street address. Instead, I gave them the coordinates of an intersection up ahead in the distance.

Half an hour later a pizza-delivery driver pulled up. As you may imagine, he was somewhat confused, having never delivered a pizza to a guy out running before. Thankfully I’d thought through my on-the-go dining strategy prior to placing the order. Although I wanted a large pizza, I knew that attempting to run with a bulky cardboard pizza box wouldn’t be easy. So I requested a thin-crust pizza, unsliced. When I got it, I removed the entire thing, rolled it up like a big Italian burrito, and ate as I ran. It was a sloppy mess, tomato sauce and cheese dripping everywhere. But it was so tasty. Of course, the carb high was inevitably replaced by a brutalizing low point. My joints hurt, and my guts were rebelling, too. Still, I lumbered on.

That story pretty much summarizes my early diet as an ultramarathoner. During those protracted endurance events I was burning roughly 500 to 700 calories per hour. With some races lasting forty or fifty hours that equated to roughly 29,000 calories, or two weeks worth of food in a clip. I figured I could eat pretty much whatever I wanted and get away with it.

Of course, I was wrong. For better or worse, as an athlete, your body becomes very fine-tuned to even the subtlest effects of diet and nutrition. What I came to realize as I experimented, learned more about food and health, and paid closer attention to nutritional information, is that all calories are not created equal. When I ate processed or refined foods, I became aware of a particular sluggishness and mental haze that followed twenty to thirty minutes after consumption.

Eliminating gluten was a major turning point. Once I removed gluten from my diet, my performance and overall stamina noticeably increased. Race times got faster, my strength for training routines bettered, and recovery after a hard workout or race improved. I was even able to complete fifty marathons, in fifty states, in fifty consecutive days, a feat many thought would be impossible for any athlete, never mind for one who didn’t load up on heavy carbs. I attribute much of this success to following a healthy, gluten-free diet.

My current diet is about as clean as you can get. I never eat anything from a bag, nor do I cook or process the foods I eat. Most of my fruits and vegetables are organic, especially those on the infamous “Dirty Dozen” list.

There are a few exceptions. I do enjoy traditional Greek-style yogurt (full fat, no sugar added). And my primary source of protein—wild, sustainably caught salmon—is cooked, though minimally so. I am also a coffee drinker, though just a cup or two in the morning.

I’m now in my fifties, but I still work out and race as competitively as I did twenty years ago. My training typically consists of running 70 to 80 miles per week, and cross-training with a TRX suspension trainer to improve overall body strength. Also, I never sit down. My entire office is set up at standing height, and I do all of my writing and email correspondences, calls, and paperwork on my feet. It’s been said that sitting is the new smoking. I prefer to stand, thank you.

My health-benchmark-measurement numbers are very good. My cholesterol levels and blood pressure are low, my resting heart rate is around forty (that’s good), my overall body fat percentage is less than five, and my strength-to-weight ratio is that of a much younger man. Perhaps most surprising for a runner, I’ve never suffered an injury. Here again, much of this I attribute to a clean, gluten-free diet.

When people ask me for diet advice, I always preface my response with the caveat, “Listen to everyone, follow no one.” But for gluten, I’ve modified the Nike slogan: “Just don’t Do It.”

2 Comments on “The Raw Endurance of Ultramarathon Man Dean Karnazes”