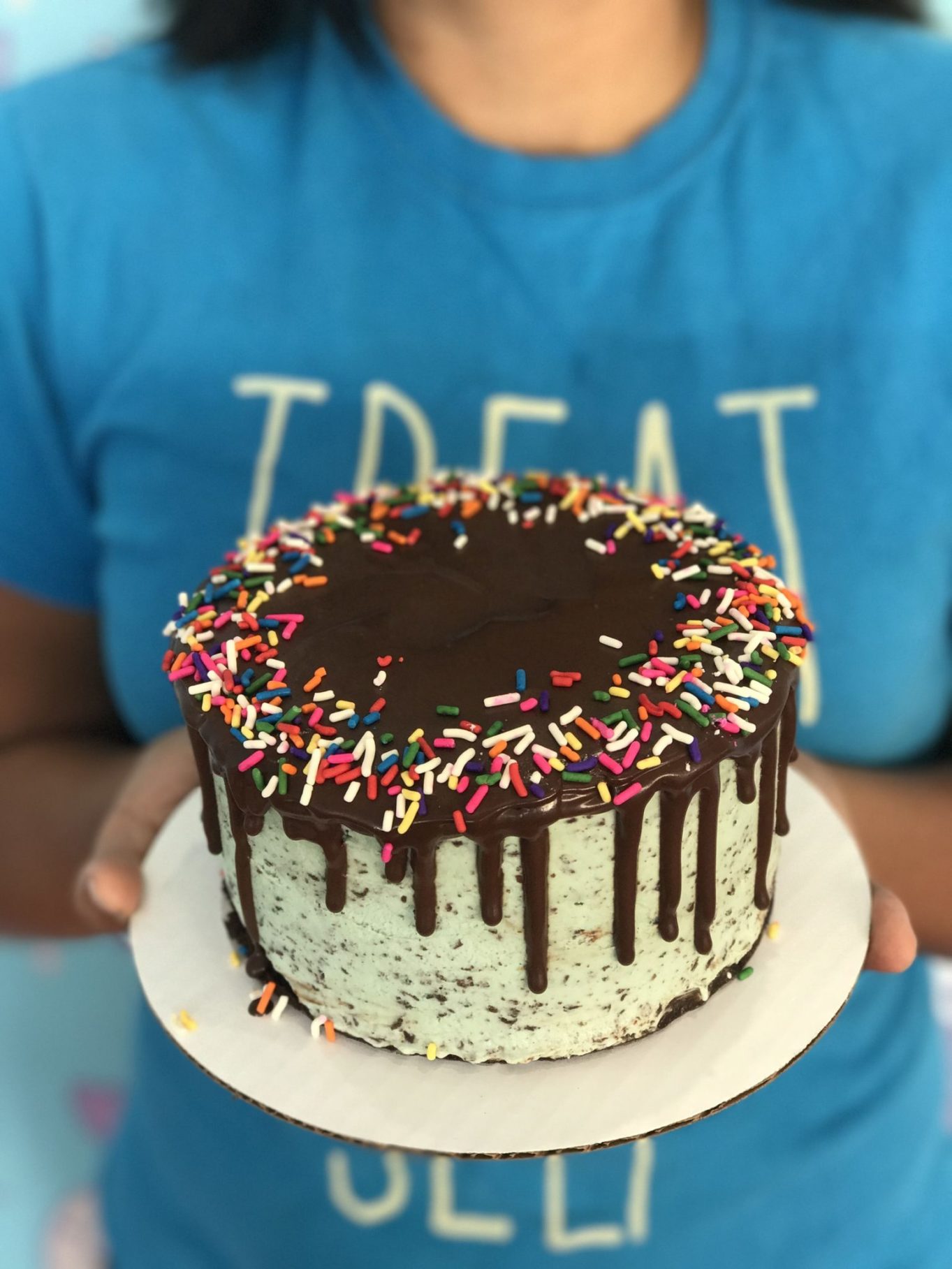 There are plenty of GF and DF ice cream options in grocers’ freezers. But what about the summertime tradition of going out for a scoop? K.C. Cornwell melts the summer season’s heat with a roundup of the nation’s top parlors providing special gluten free (and often dairy free) experiences, perhaps even with a cherry on top.

NOTE: The establishments listed here are not all entirely GF or DF, but they have a protocol for guests with allergies. Be sure to let staff know about any dietary concerns before placing your order.

Ampersand
City: Fresno
The Scoop: The ice creams and sorbets at this San Joaquin Valley shop are crafted daily from direct-from-the-farmer produce and fresh ingredients.
Get This: Honeycomb ice cream (made with local honey) and Black Pepper Plum sorbet (available only during summer)
ampersandicecream.com

Little Man Ice Cream
City: Denver
The Scoop: House-made traditional and vegan ice creams and sorbets are served from inside a 28-foot-tall cream can.
Get This: Purple Cow (black-raspberry ice cream studded with dark- and white-chocolate chips) on a GF cone, or mango-chili sorbet
littlemanicecream.com

Frosty Boy
Cities: Grand Rapids and Rockford
The Scoop: Gluten-free soft serve with two or more vegan flavors daily, locally made ice cream, and handmade GF waffle cones and GF mix-ins are served through a walk-up window at two locations.
Get This: GF/vegan “Twix” Flurry (salted-caramel soft-serve ice cream with crunchy cookies) or any of the 12 dairy-free milkshakes with GF-cookie-dough mix-in
frostyboygr.com

Morgenstern’s Finest Ice Cream
City: New York City (Manhattan)
The Scoop: An old-school vibe meets new-school technique at this small-batch ice cream shop, where additional ingredients are “scooped in” upon ordering so flavors and textures are their freshest.
Get This: Salted-chocolate ice cream, bitter dark-chocolate ice cream, or coconut-espresso vegan ice cream served affogato (with a shot of espresso)
morgensternsnyc.com

Mitchell’s Homemade
City: Cleveland area
The Scoop: At all nine locations, traditional and vegan ice creams are made from the highest-quality ingredients, including products delivered from “farmer friends” around the world.
Get This: Coffee–chocolate chunk (ice cream made from a blend of two kinds of coffee plus dark-chocolate chunks) or vegan salted caramel–pecan (toasted pecan butter and caramelized brown sugar in a coconut-cream base)
mitchellshomemade.com

Back to Eden Bakery
City: Portland
The Scoop: The baked goods and soft-serve and hard-scooped ice creams at all of this plant-based paradise’s locations are 100% gluten-free and vegan, from kombucha floats to whoopie pies.
Get This: Oregon Trail Sundae (soft-serve ice cream topped with chocolate-creme cookies, white-chocolate chips, and chocolate sauce; we recommend adding house-made fresh berry sauce)
backtoedenbakery.com

Sweet Ritual Ice Cream
City: Austin
The Scoop: The creative flavors made with local ingredients at this 100% vegan ice cream shop are so revered that would-be vegan-treat sellers fly to attend Cool School, which is taught by founders Valerie and Amelia.
Get This: Cookies & Creme (vanilla ice cream with GF chocolate cookies from local GF bakery Pie Jacked) or a fully loaded banana split with housemade sauces
sweetritual.com