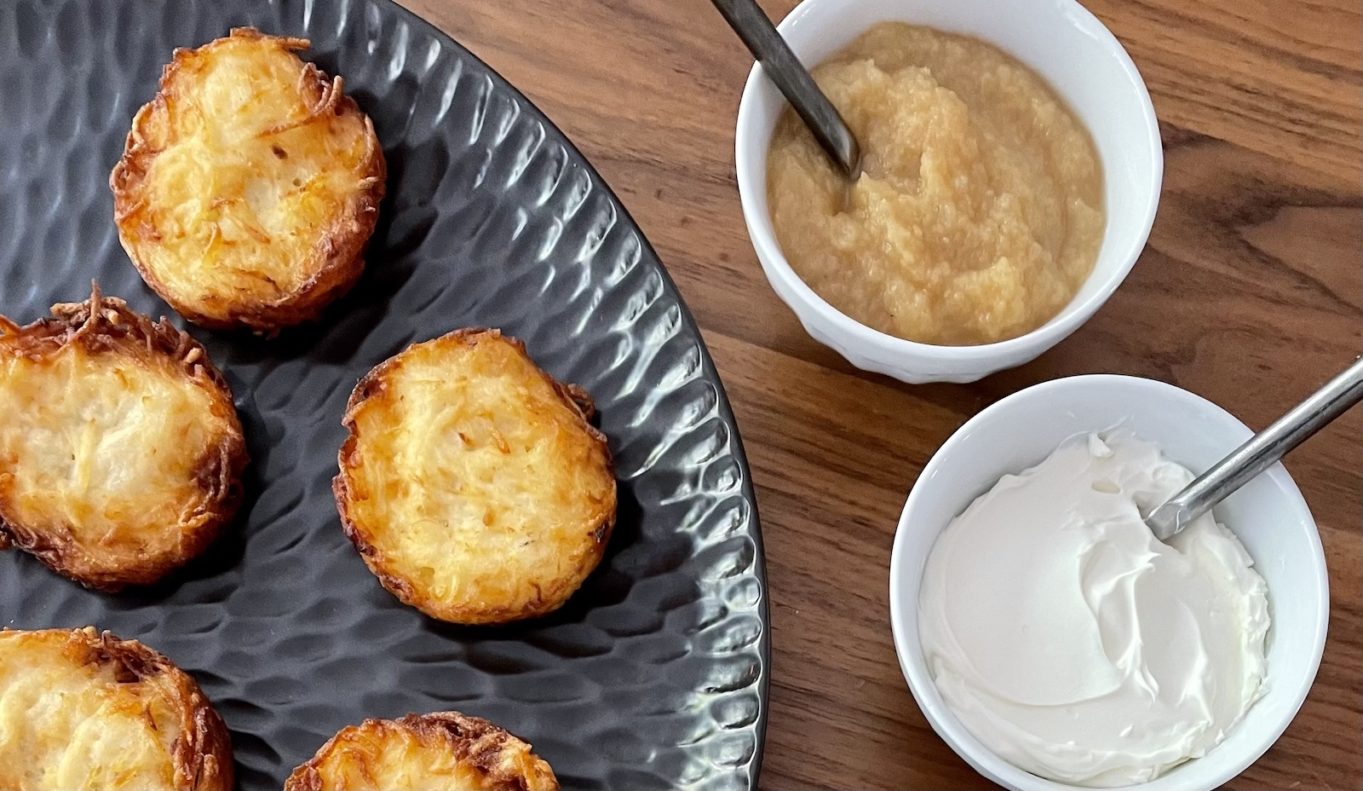 I thought I had my latke recipe squared away: squeeze out the water from the grated potatoes and fine-grated onion, use potato starch instead of flour as a binder, add egg and lots of salt, and fry in enough hot oil to get crispy exteriors and soft, fluffy interiors.  Ta-da: the best latkes.

Then I talked to my friend Craig Stoll.

Craig is the James Beard Award-winning chef behind the beloved San Francisco restaurant, Delfina. He’s also the guy who, along with his wife/partner, Anne, sold more than 1,000 local orders of his insanely good dozen pre-cooked frozen latkes in the first five days they were offered this year. (They’re still available in SF at all Delfina Pizzeria locations, some local markets, and Gold Belly.)

I quickly learned there are more steps that can be taken to get to the best latkes.

Craig uses russets, egg, potato starch, and salt, too. But he also puts his whole, unpeeled russet potatoes into a pot with water, brings it to a boil, drains the potatoes the literal second the water begins boiling, then refrigerates them overnight. He swears this preliminary step not only prevents oxidation of the potatoes to a large degree but also makes them dryer and easier to work with! He also blots his grated onions on paper towels after adding them to a fine strainer and pressing out as much liquid as possible.

His oil of choice? Rice bran.

Here are a few other tips worth following, fresh from the gffmag.com kitchen:

Ready to make some latkes? Try these recipes: